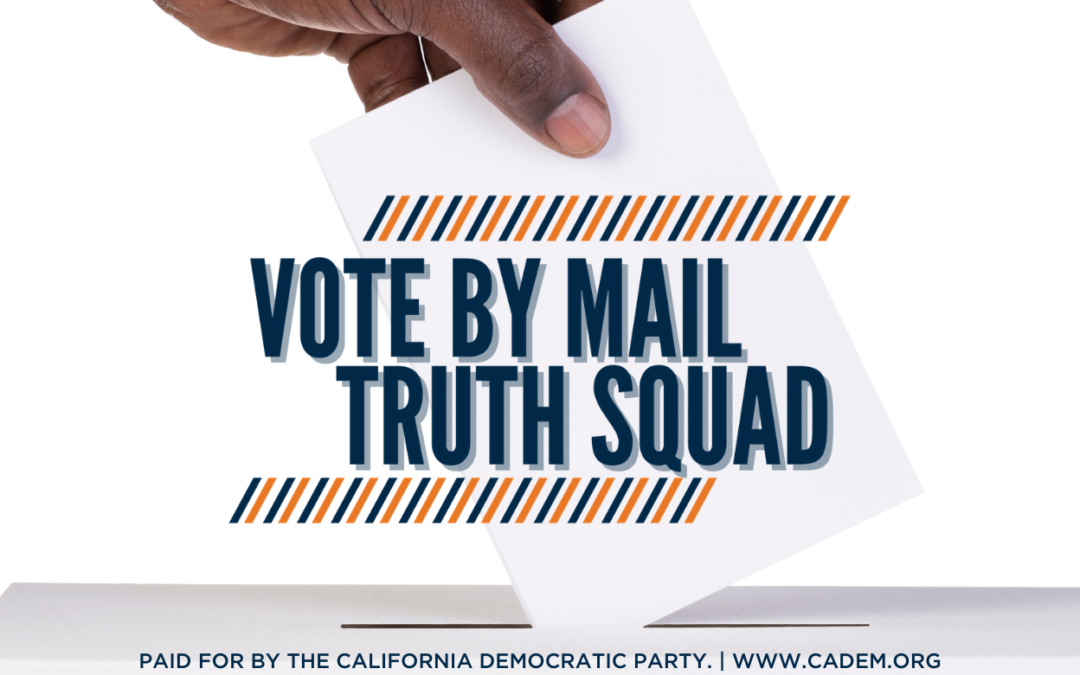 More than 200 Democrats Participated During the Virtual Event

SACRAMENTO, CA – The California Democratic Party (CADEM) launched the Vote-By-Mail Truth Squad (Truth Squad), Tuesday, September 8 during a virtual meeting, drawing in more than 200 Democrats from across the State of California. The event, moderated by CADEM’s Vice Chair, Alex Rooker, and led by the Party’s Chairperson, Rusty Hicks, covered facts about voting and the vote-by-mail process.

“The Truth Squad is a statewide effort that empowers everyone to vote,” stated Hicks. “Underrepresented communities and first-time voters are being targeted through senseless voter suppression campaigns – leaving thousands of people in fear during this year’s election. With 21 million registered voters in the Golden State, we’re simply clearing up misinformation, providing useful tools and ensuring that Californians know about the choice to vote-by-mail,” continued Hicks.

“The Vote-By-Mail Truth Squad event, which drew in more than 200 Democrats, demonstrated the need for clear guidance on the voting process,” said Rooker. “We kicked off this movement with one thing in mind, and that’s to put the power of voting back into the hands of the voters,” added Rooker. “Our mission is clear – we want to ensure that ALL California voters are included, counted and heard.”

This year, due to the pandemic, the Governor and State Legislature directed that every voter in the State of California receive a postage-paid vote-by-mail ballot to vote in the November election. The Truth Squad plans to host multiple events throughout the next 50 plus days as well as partner with organizations across California to highlight the truth about voting.

For more information on the Truth Squad, visit https://cadem.org/vote/voter-and-vote-by-mail/.